David said to him, “Do not fear, for I will surely show kindness to you for the sake of your father Jonathan, and will restore to you all the land of your grandfather Saul; and you shall eat at my table regularly.”

Again he prostrated himself and said, “What is your servant, that you should regard a dead dog like me?” ~2 Samuel 9:7-8 NASB

Imagine a story—any story where there are kings and noblemen, castles and suits of armor. Got that story in your mind? Good. Now put yourself in it. But instead of the 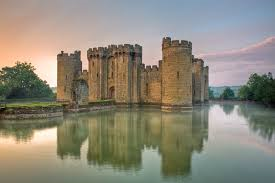 princess of the realm, you are the peasant. The maid who does all of the work, who is dressed in rags and smells bad and can’t read or write.

How do you feel?

Now, imagine that you are still that lowly peasant, but you’ve received an invitation. You know enough that it carries the seal of the King—it’s actually from him. Are you going to put it on a shelf, unopened, and let it live there?

No way! You’re going to find a way to discover what’s written inside—and a good thing, too. You’re invited to not only see the King, but to stay with Him. To live with Him and become part of his household.

Now how do you feel?

Like Cinderella.  I’d be so awed by that invitation that I’d use my sharpest knife to just barely lift the seal, mindful not to crease it.  I’d hold the creamy paper in trembling hands.  I’d sign up for literacy classes just so I could read the thing myself, and then I’d stare at it until the words were engraved on my heart.  I’d show it to every one of my stinky peasant friends.  “Look.  The king has invited me to the palace, and he wants me to become … a princess.”

The invitation is, of course, the Bible.  It shows me the way to the place of my King.

But no.  David welcomed him not as an enemy but as a precious member of the royal family.  “So Mephibosheth ate at David’s table, just like one of the king’s sons.” 2 Sam 9:11b HCS.

I, too, was an enemy of the King.  Not only an enemy, but a hygiene-challenged peasant.  God sent me an invitation to dine at his table daily as a princess. I treasure that invitation.  I read the Bible daily, because I treasure the time in His presence.

The King looked at me, his enemy dressed in rags, and found me precious.

My name is Jen. I love Jesus, manage a household of six and write fiction. Welcome to my beautiful chaos. View all posts by Jen

guest posts I am able to be content I am a Citizen of Heaven I am a part of God's plan I am a Servant I am a stranger in this world I am a trophy of grace I am a warrior I am blessed I am called to live with passion I am called to Surrender I am crucified with Christ I am forgiven I am Free I am God's Daughter I am God's Workmanship I am Grateful I am Guided by the Good Shepherd I Am Hidden In Christ I am Invited to Live I Am Kept I am loved I am Made New I am made righteous I am not my own I am not the center I am Precious I am Redeemed I am renewed I am rich I am Saved I am secure I am seeking His kingdom I am Strong in the Lord I am to be filled with the Holy Spirit I am Useful I belong I have a goal I Have an Anchor I have been given a Purpose I have been offered peace I have been offered rest I have direct access to God I Have Joy I have no lack Standing on God's Promises Uncategorized Who I am in Christ
Follow thefreeslavesdevotion on WordPress.com